Neurological diseases express a vast social and financial pressure that imperils public health due to risk factors like mental dysfunctions, stress, mental distress, microbiota, along with hereditary and dietary factors. One of the before-mentioned diseases is Parkinson’s Disease (PD) which affects movement. This chronic neurodegenerative disease worsens over time. So far there is no complete cure for PD. However, Parkinson’s disease treatment helps to reduce the signs and symptoms and improve the quality of life of the patient.

According to the statistics published by the Parkinson’s Foundation, more than 10 million people worldwide are living with PD. Those living with PD, their family members and friends are looking for answers related to Parkinson’s disease treatment along with its causes and signs. To help them, this blog compiles commonly asked questions related to the disease and we have answered every question as comprehensively as possible.

What is Parkinson’s Disease?

PD is a chronic degenerative condition that involves malfunctioning and death of neurons (vital nerve cells) in the brain. These cells are responsible to create a special kind of neurotransmitter, called dopamine, which is responsible for controlling movement. Gradually as Parkinson’s disease progresses, the dying neurons produce only a small amount of dopamine leaving the patient incompetent to control movement normally.

In simple words, Parkinson’s disease is a chronic and progressive movement disorder where the neurons fail to transmit the right message from the brain to body parts about when and how to move which tends to make the person incapable of inducing and regulating movements in a normal manner. Hence, the brain fails to control coordination and movement that may degenerate the quality of life of a patient. Studies show that Parkinson’s disease treatment controls signs and symptoms as well as minimize their adverse effects.

Although there are no exact known causes of PD, experts claim that disease may be caused due to genetic, personal, and environmental factors varying from one person to another. These are:

What are the Signs and Symptoms of Parkinson’s Disease?

The PD can be detected by the following cardinal signs:

What are Parkinson’s Disease Treatment Options?

Despite the fact that there is no proven cure, there are various options available for Parkinson’s disease treatment.

There is ongoing research for a better understanding of the causes, symptoms, and cure of the chronic disease. However, you should consult a neurologist as early as possible to initiate Parkinson’s disease treatment that can stop the cardinal signs to evolve and deteriorate your quality of life.

PCOS symptoms every woman should know about 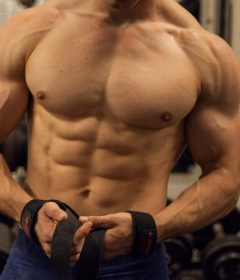 Why Fitness Training Programs OfIdo Fishman Fit Are Beneficial For You? 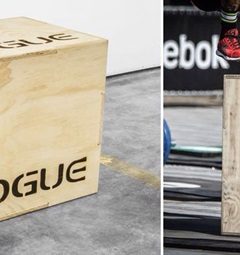 Get Toned Muscles And Body With The Best Plyo Box

PCOS symptoms every woman should know about

Why Fitness Training Programs OfIdo Fishman Fit Are Beneficial For You?

Get Toned Muscles And Body With The Best Plyo Box

How long does food poisoning last?